With CS:GO and FIFA finishing during the weekend, three of the four titles reached the end of the first set of qualifiers for the upcoming A1 Adria League season.

Over 80 teams signed up for the first Brawl Stars qualifiers. We saw familiar names in the Round of 16 with the Good Game Gold and Red teams securing a spot in the quarterfinals, while ULC eSports couldn’t outplay Never Surrender. FA Deadly were the better team in their match versus YouLose and Blue Whales managed to beat Old School.

Code Lyoko and FA Deadly couldn’t get past GG Gold and O9 Gang, respectively. ToDe05 and GG Red breezed past Blue Whales and MysteryWarriors secured the last spot in the semifinals. After two intense matches in the semis, both of Good Game’s teams advanced to the finals. A 3-1 victory for the Serbian side earned GG Red their first 100 points in the road to the playoffs. 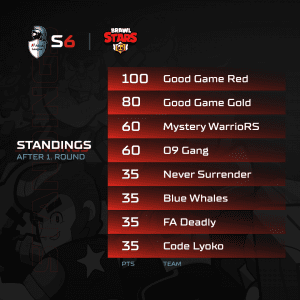 Clash Royale’s only qualifier unfortunately got delayed because of problems inside the game. The qualifier will continue next Friday on the FACEIT platform.

We had the chance to see familiar names in the first FIFA qualifier. Last season’s champion, esad1memic, convincingly secured his spot in the finals. JasikFifa and Harun met each other in the Round of 16 with the latter proceeding to the quarters. An interesting matchup happened between brstimir and amke2001 where the Serbian player managed to beat amke and enter the semifinal match versus Harun.

Even after a convincing win in his match against Aleksandar Djuric, Persunipzs wasn’t able to match up to esad1memic and ended the first qualifier in the fourth place. Harun had to play the third-place decider after a loss to brstimir who even beat the reigning champion, esad1memic, and won the first FIFA qualifier. 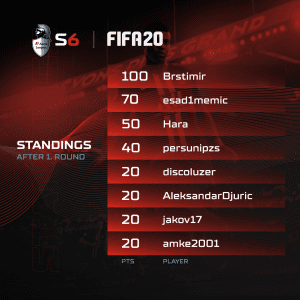 On Saturday we saw Karlo “KukaOG” Kukovec and peek me reach new heights and qualify for the closed qualifier. QSKE Gaming and Shock Bomb are now a step closer to the League after dominant victories against FREE KILL and Lemonsqueazy and the last team that secured a spot in the upcoming qualifier is Jan “jkXy” Konečnik’s Krsko squad.

After missing out on the first qualifier, Kristijan “kiLLeRa” Kukovski and GODZ1337 had no problems advancing to the closed qualifier. The Kosovar MiKS squad featuring names like vAloN and HYPER1 along with BUDI2 also entered the race for the three spots in the League. FREE KILL were the last team to end this qualifier victorious as they bested Wait Wait Wait on Inferno and Dust2 without any difficulties.