CS:GO, Brawl Stars, and FIFA21 have reached the end of the SWISS stage and are ready to hop into the playoffs stage of the seventh season!

The fifth Brawl Stars round was played a week before the other two. Mayoi and Lil Surprise managed to squeeze past Tora Gold and 09 Gang. These two matches concluded a group stage that was filled with high-quality matches from its very beginning. The Noble Elite squads qualified a bit earlier, in the third (BLK) and fourth round (Red). While we will still watch these four teams further in the playoffs, we need to shout out Tora Gold, 09 Gang, Omerta, and QSKE Gaming for the great matches – we hope to see you in Season 8 as well! 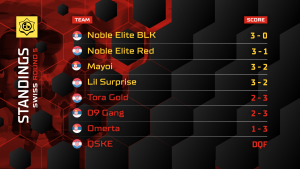 Our FIFA players haven’t been any less incredible this season. From Miloš “brstimir” Majdevac breezing past 3-0 to Esad “NKOS_esad1memic” Memić qualifying in the last rounds, all qualified players completely deserve to be in the playoffs. In the last round, Leon “Sardinho213” Šardi, a new player in the League, had to leave us after being eliminated by NKOS_esad1memic. We would love to see him try to qualify for the next season as well, together with Armin “arminho0307” Hasanbegović, Marko “klaic” Klaić, and Emir “Sulja” Suljović. 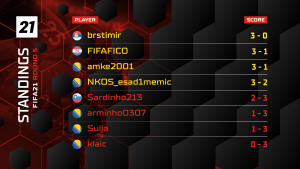 This last Sunday was reserved for a match between the Serbian teams 4glory and Cobalt Esports. 4glory came extremely prepared for the match and they were able to counter Cobalt’s playstyle with ease. What followed was a 2-0 win for Luka “c0llins” Živanović’s squad who are now the last team to qualify for the CS:GO playoffs. More information about the semifinal matches in CS:GO as well as in the other two titles will be revealed soon! 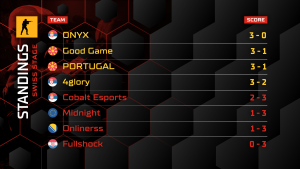