The most dramatic FIFA22 qualifier is completed. After four qualifiers the best eight FIFA22 players of this season will enter A1 Adria League and compete in the SWISS group stage. Pecho was the one who came out victorious after the last qualifier, which also provided him the first place overall.

Knowing that a win today might put anyone in the top 8, slots were full once again! The fact that nobody managed to secure their spot until the last qualifier got every single player to shift into their upper gear, which ended in the most dramatic FIFA qualifier we have seen in recent years.

The surprise of the day was the relegation of the two experienced and well-known players Miloš “brstimir” Majdevac and Esad “esad1memic” Memic. They didn’t manage to get past round 3 today, but luckily they had already gathered enough points from previous qualifiers, to secure their spot in the group stage. The rookie Karlo “Jero” Jerkin went only one step more through the bracket and also secured himself some screen time in the next stage of A1AL. Another rookie from these qualifiers Zizou who came on top in the second qualifier, unfortunately, didn’t have enough points to secure the group stage.

Our three-time champion Tarik “amke2001” Novo took this qualifier more seriously than those before. He cruised through the bottom side of the bracket with ease. Just like it was expected from him from the start of the new season. His enemy in the final would be Petar “Pecho” Susnjar who dominated the other side of the bracket.

Even before the final started, both players had reached enough points to secure first and second place, so they focused on making a statement for the future. Amke2001 took down the first match, while Pecho clutched in the 120. minute in the second game of the finals. The third game was a dominant one for Pecho who didn’t let amke2001 score once, ending the match with an easy 2:0 win. 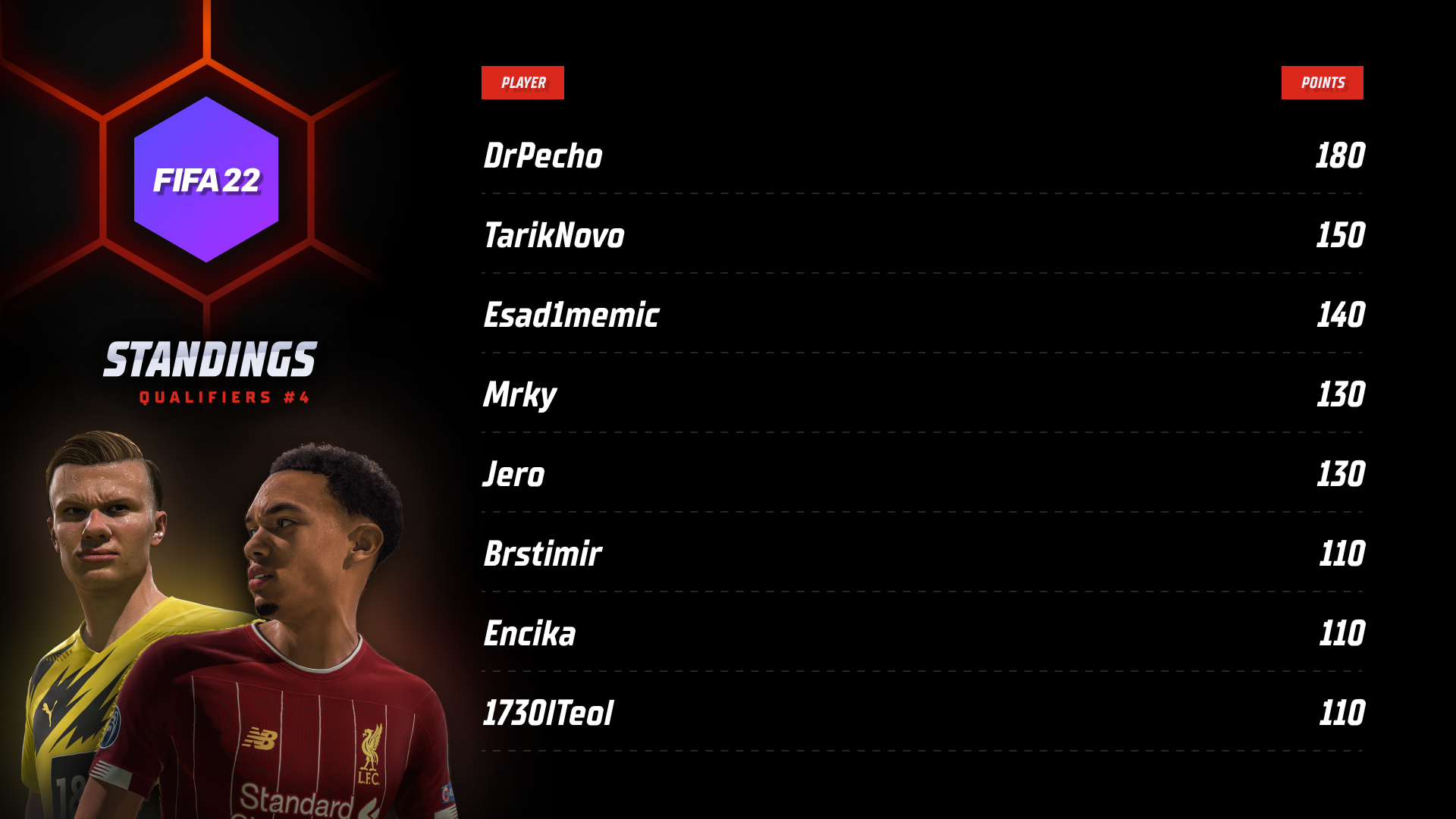 In the end, all the players who were expected to win and ensure their place in the group stage did. It was a very close and intense competition from the start, which can be seen in the final standings.

The players will take a short deserved break after such fierce battles, and prepare for the group stage which will commence on May 6th.