We are getting closer to yet another season of the biggest regional tournament A1 Adria League. The ninth season is coming soon, and you will be able to enjoy watching, playing, and competing at seven games. Regional players will have the opportunity to play our standard games such as Brawl Stars, CS:GO, and FIFA, as well as League of Legends and three others. 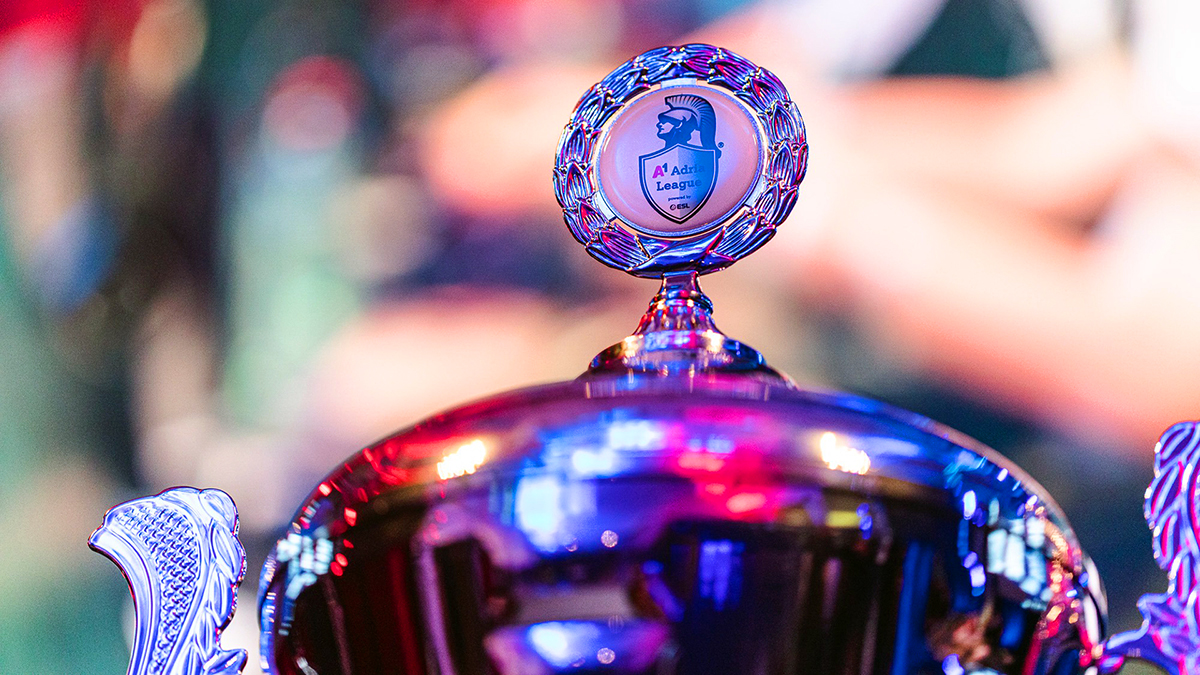 CS:GO is the oldest game in our tournament, it has been the part of A1 Adria League since its inception. CS:GO is here to stay, and the player has a new opportunity to prove their skill and battle the best teams in the region. The winner will receive a flattering title of Adriatic CS:GO champion, as well as the 2.500€ prize.

This year’s format for CS:GO didn’t go through many changes. There are three open qualifiers, from which a total of 6 teams go into the next stage. Qualified teams will be joined by the 2 invited teams, the best ones from last season. So the group stage is contained with 8 teams. The best four teams from the SWISS group stage will advance to the open finals, where they will fight for the title. Finals are going to be single elimination brackets, so there is no place for mistakes.

Brawl Stars, a growing mobile game is becoming more and more popular, in the world and our region. A1 Adria League has been hosting Brawl Stars and its players for four seasons already. The ninth season has Brawl Stars as one of its standard games now, and we cant wait to see who will rise to become the new champion.

You can sign up for the Brawl Stars qualifiers at the link below.

Amke2001 has been claiming the King of FIFA title for three consecutive seasons. We are allowing you to play with the best FIFA players in the region. If you want to be the one to claim the throne and 950€ prize, don’t wait any longer and sign up for the open qualifiers below.

FIFA22 has a similar game format as Brawl Stars. New players await four open qualifiers. 16 teams will be scored, but only half, those with the highest points will move to the group stage. 4 teams that survive our SWISS group stage will go to the finals and in the double-elimination bracket, and battle for the best virtual football player.

The ninth season lies at the doorsteps, and qualifications for our own A1 Adria League are starting soon. Don’t wait any longer and sign up so you can start competing for the title of being the best in the region. The new season of the most prestigious tournament in our region is bringing something new each year. This year is no exception.

We are adding more games this year, alongside the standard ones, Brawl Stars, CS:GO, and FIFA 22. League of Legends and Clash Royale will also be a part of the ninth season of A1 Adria League, only with a slightly different format. And that’s not all. The best regional players will have an opportunity to compete at two new games, which will for now remain a secret.

The previous year was a successful one for A1 Adria League. Fans have had the chance to follow the progress of regional players in different games, and enjoy the league. The fact that A1AL had almost 29.000 watched hours last year, and a whopping number of 463.000 views on YouTube shows that regional esports is growing every day.

For this year and two upcoming seasons, we have made a few changes. Instead of four games, as was mentioned earlier, the ninth season will have seven! The format will remain almost the same for Brawl Stars, CS:GO and FIFA 22 while in the other four games players will have a different experience. League of Legends, Clash Royale, and two mystery games will be held on the weekends with open qualifiers and the finals event. 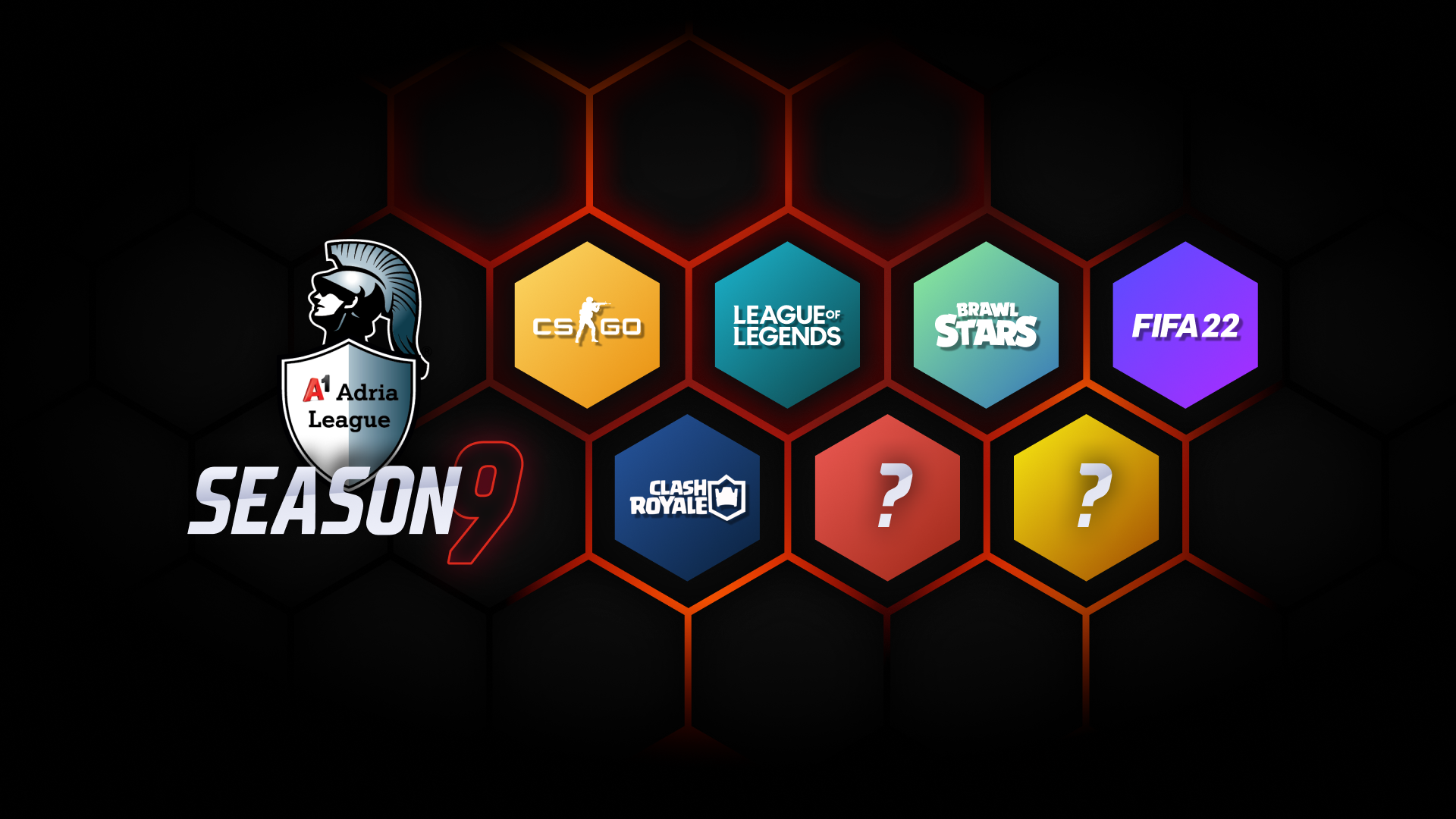 Popular CS:GO is yet again back. Last year we have seen PORTUGAL win the trophy, beating teams such as iNation and 4Glory, who are at the moment in great form proving this year’s competition won’t be any easier than last year’s. Don’t miss the chance to fight with the best teams in the region!

Last year’s Brawl Star champions were team Flow alongside Lavvek who proved that in the region this mobile game is growing more and more with each successful season. Familiar names in this game, which we have seen last year are Winx Club, Omert4, Lightning Strike, and many others.

FIFA 21 was one of the most interesting games to follow last year. Three-time back-to-back champion Amke has shown once again he is not letting go of the throne that easily. Despite the great effort of esad1memic and brstimir, Amke remained the king of FIFA. However, as the season is on its way, new opportunities to dethrone Amke are opening up, as well the opportunities for the three-time champion to defend his title.

The only MOBA in our A1 Adria League League of Legends waits for the new champion. Last year the trophy fell into the hands of Metamoon who didn’t have an easy job. They defeated Harmony and 49% winrate in order to lift the trophy. Even though Harmony was a better team in the semifinals, Metamoon got their revenge in the finals when they bested their opponents. 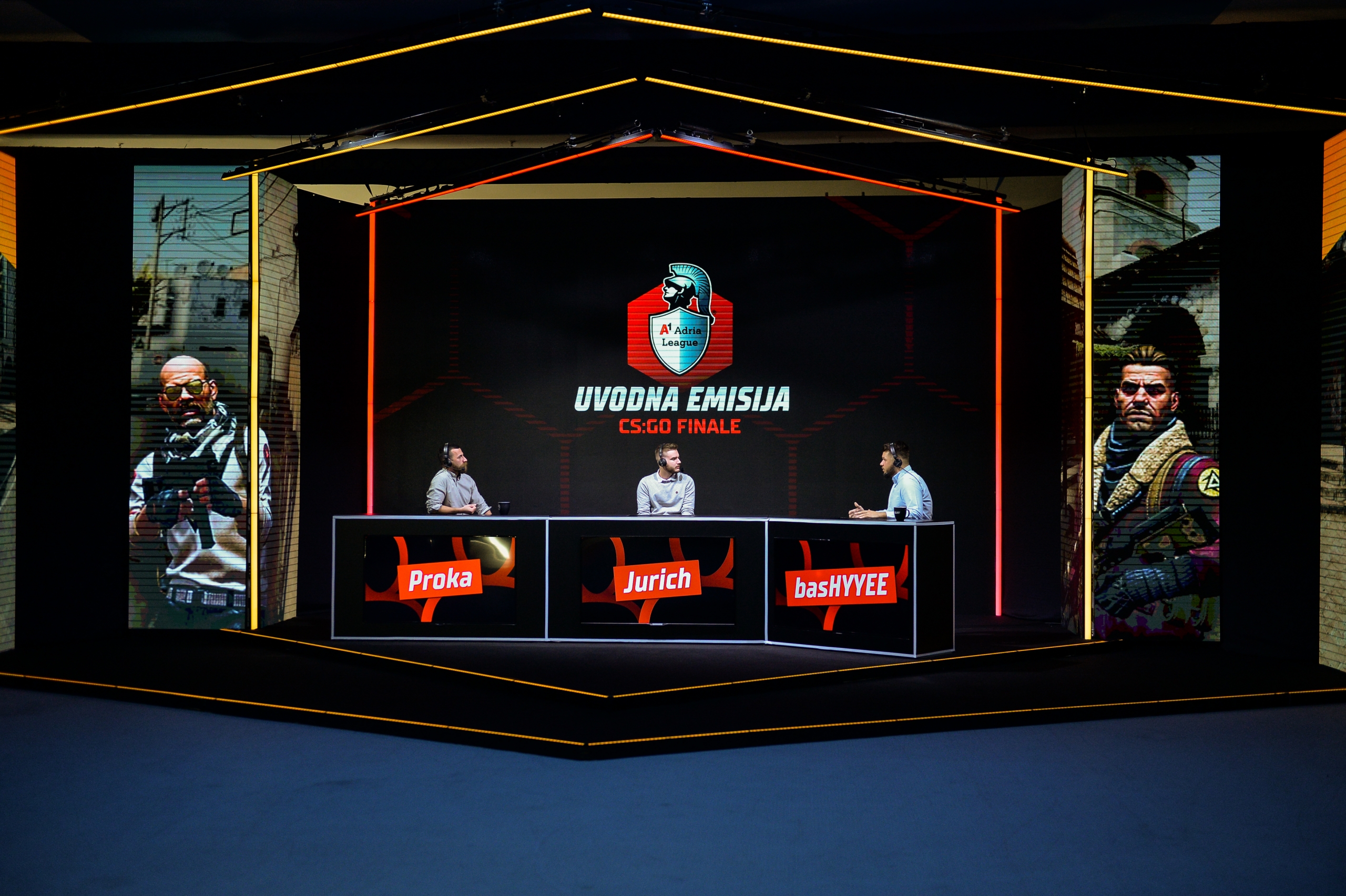 What to expect this season?

Besides the seven games we are implementing this season, A1 Adria League is bringing more to the new season. Once again you will be able to enjoy A1 Gaming Weekends. Six of these events will be held between the ninth and tenth season of A1AL, in order to provide more fun and competitions while the offseason lasts. At the A1 Gaming Weekends regional players will be able to enjoy competing with each other in a more relaxing atmosphere.

And last but not least, June will be the month of yet another gaming festival Reboot Online Games Week powered by A1. During this festival, you will be able to find out who are the winners of the upcoming ninth season.

The prize pool for Season 9 of the A1 Adria League:

Find out everything you need to know about the new season of CS:GO in the A1 Adria League by clicking the title or click here!

Find out everything you need to know about the new season of FIFA in the A1 Adria League by clicking the title or click here!

Find out everything you need to know about the new season of Brawl Stars in the A1 Adria League by clicking the title or click here!

For more information about the new games make sure to follow us on social media channels and visit the official page regularly. All of the important social media links can be found below!