Last week we had a lot of exciting match-ups in all our games. With the start of the group stage, things are starting to heat up. Brawl Stars, FIFA23 and CS:GO started their race to the title in the first round of the SWISS group stage in the tenth season of the A1 Adria League. Here is a recap of the week.

The tenth CS:GO season in the A1 Adria League started explosively. We had two match days, and in the end, the two teams who took both wins and were the most successful are Aloha and Blink. Blink is a well-known team in the region, and in Europe as well. This win was expected from both teams, seeing that they were the invited ones. While the qualified ones had to fight their way up here. Blink took their two wins against ILLYRIANS and KTRL. While the match against KTRL was an easy one for the Albanian team, they had a tougher task versus ILLYRIANS but the final result was 16:13 in favor of Blink.

On the other side, Aloha who also has a 2:0 score after two play days was completely dominant in both CS:GO matches. They defeated Zero Tenacity as well as Psihocastic. Against Z10 Aloha only allowed their opponents 2 rounds, while in the game against Psihocastic the result was 16:3. Psihocastic and Velez Mostar were the teams with no wins so far and they are sitting at the bottom of the standings, while the rest have one win and one defeat. 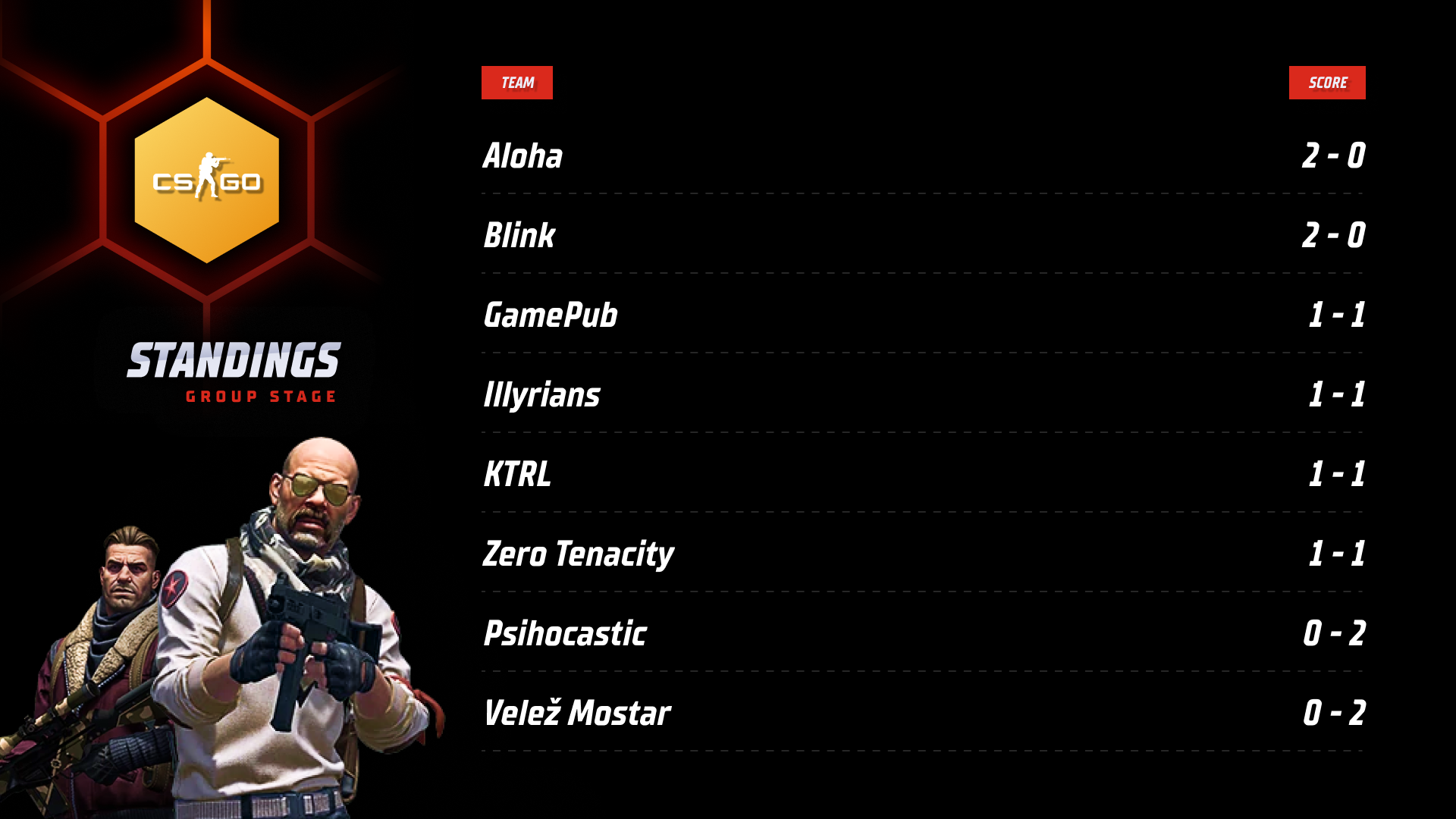 The new FIFA wasn’t a big problem for the players. The start of the group stage brought us FIFA23, instead of FIFA22 in which the players competed during the qualifications. The first match that opened the group stage in this competition was Novo versus Bruno. The four-time champion didn’t have a lot of trouble against the Croatian representative. It was a clear win for Novo with a result of 2:0. The other three matches all had a 2:1 score, and the players that came out victorious were Encika and Parla, also Bosnian players, and Brstimir as the Serbian FIFA virtuoso. In the end, favorites justified their role. 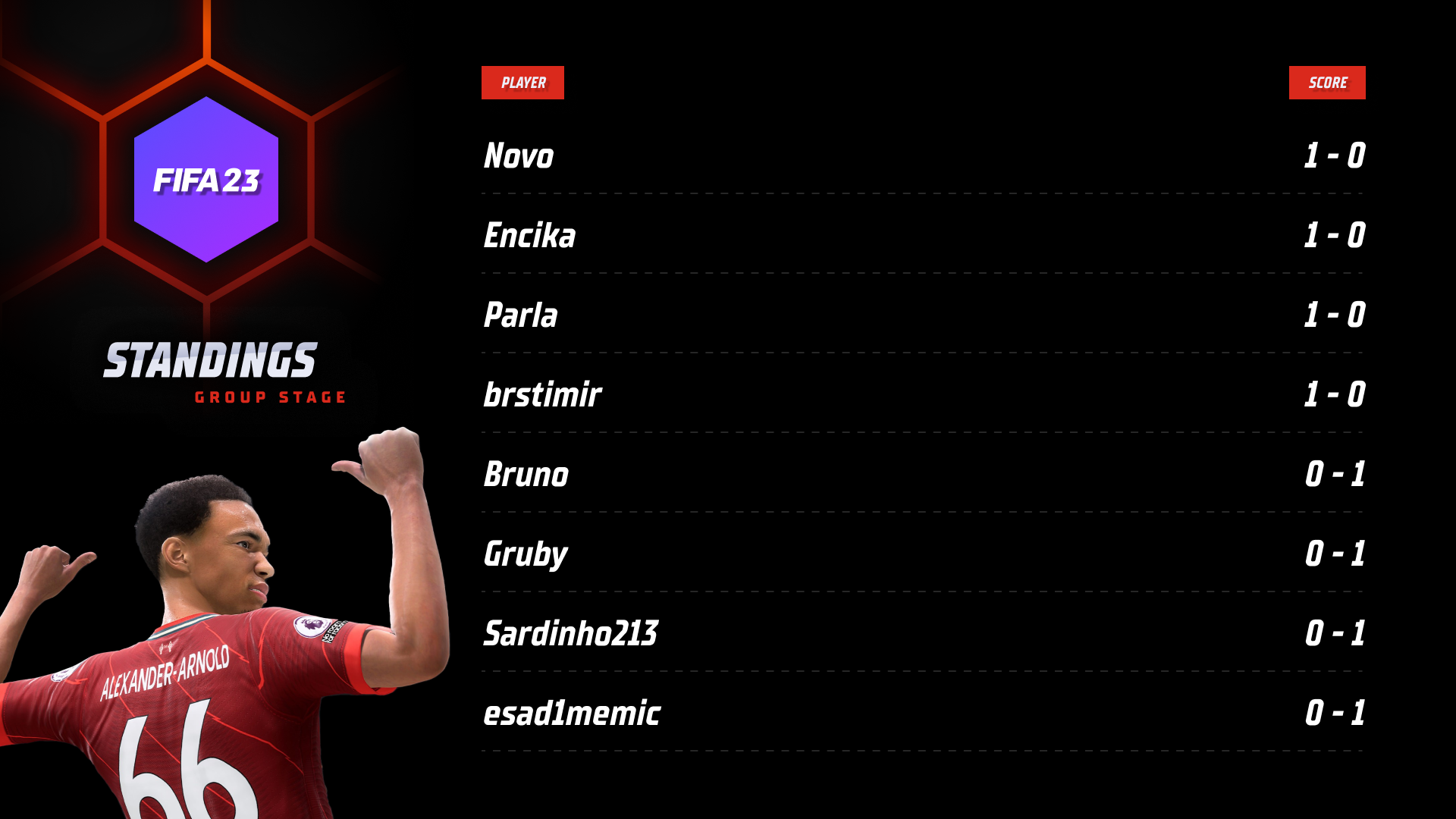 The A1AL Brawlers debuted this season in the group stage. We have seen many interesting matches, one almost reverse sweep, and a disappointing performance by the champions.

The most successful teams in the first round of the group stage were OMERT4, who was the first seed, and GreekGod. Both of these teams won their games with a dominant 3:o score. OMERT4 took down La Remontada while team GreekGod was victorious against Rolex, a team that won one of the Qualifiers Cups.

On the other hand, the most interesting match in the first round was played by Jazavci and Extreme Masters. Everything looked like a clean win for the former team seeing as they started the duel with 2 wins. But when Extreme Masters realized it was Bo5, they put it in second gear and almost reverse-swept their opponents. Jazavci however didn’t allow that, winning the last match and scoring in Brawl Ball avoiding overtime.

The biggest surprise was Salada de Frutas. The current Brawl Stars champions in the A1 Adria League are showing bad form since the beginning of the season. They didn’t manage to win a single qualifier, they were seeded fourth and now DzonDzon and his team lost the first game. Salada was against team La Aquilla who defeated them with a 3:1 score. 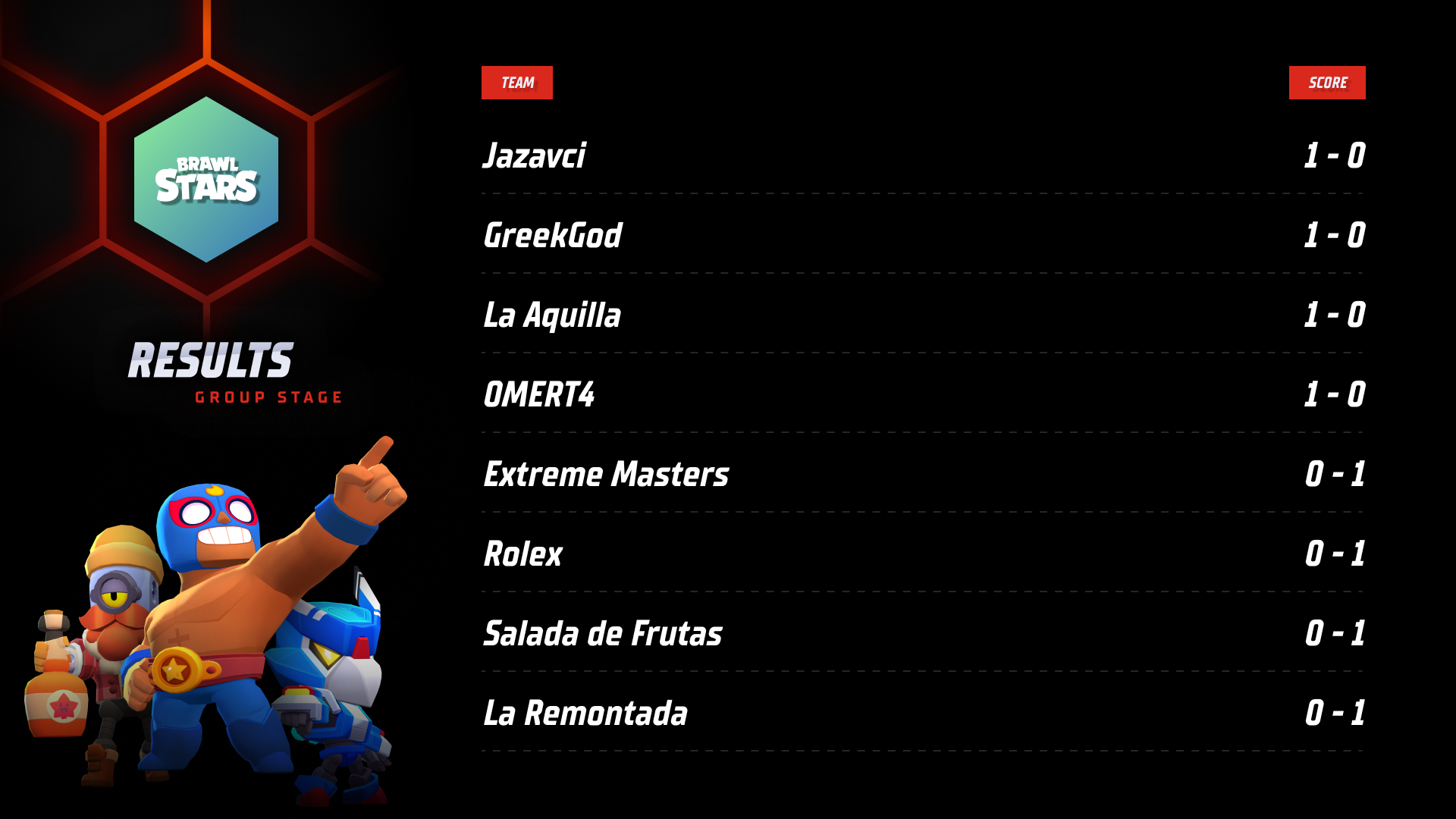