In May of 2017, the Vip Adria League was announced. Since then we’ve crowned many champions, and seen many changes, whether it was name, format, games, or basically everything else. Five years later, as we are in the middle of the qualifiers for the tenth season of the League it’s time to take a look back.

It all started in Spring 2017. with the announcement of the biggest regional esports league to date. Back then, there was only one season of the League throughout the year. Competitive integrity standards were set high with the open qualifiers and the group stage leading to the LAN finals. Three games were chosen to be a part of the League: League of Legends, Counter-Strike: Global Offensive, and FIFA.

Reboot InfoGamer 2017 hosted the first ever Vip Adria League LAN finals in front of a live audience. Over the course of several days, fans had the opportunity to enjoy watching the best players and teams from all over the region competing for the prestigious title. Valiance&CO outplayed Squared Esports in the finals of the CS:GO. KilkTech reigned supreme in the League of Legends and another KilkTech player, Edinho, lifted the trophy in FIFA. It was a great year for KlikTech since they had representatives in all three games, and managed to win the title in two of them. It was hard to predict back then where it will all end up.

Year after the league got its new name. Vip Adria League became A1 Adria League in 2018. There were also some other significant changes. Hearthstone and Clash Royale were added to the mix to complement the CS:GO and League of Legends. Generally, the format stayed the same, and all four games had their spotlight during the LAN finals at Reboot InfoGamer 2018. Four years ago, adding a mobile game to the esports league was not as standard as it is today. Mobile gaming was growing really fast and with it the whole esports surrounding it. Still, it was pretty undeveloped if we’re comparing it with today’s standards.

Valiance&CO again proved to be by far the best regional CS:GO team, securing their second title and going on to compete on the biggest stages in the world. Along with the trophy came the invitation to the closed qualifier for the Bucharest Gaming Week. Unfortunately, regional representatives finished 3rd/4th, and Sprout went on to compete in Romania. ASUS ROG ELITE came from the biggest regional success in history after securing Top 4 placement in the European Masters 2018 Summer and claimed the trophy in League of Legends. Luka “vulee” Vulović became the best Hearthstone player in the region. Saša “SaSaa” Mišković won the first ever Clash Royale trophy in the history of the A1 Adria League.

2019 was the first year in which we had two seasons of the A1 Adria League in one calendar year. Season 3 & Season 4. The concept was a bit different and the season were connected. Dota 2 was added to the League for the first time instead of League of Legends. CS:GO, Hearthstone,and Clash Royale remained a part of the League. Season 3 was played online, while Season 4 had full LAN finals at Reboot InfoGamer 2019. Only Nikola managed to win both seasons in Clash Royale. Not a single team or a player in other games managed to win both seasons. In the end, Level Up won in Dota 2. ex-BLUEJAYS were the best CS:GO team while Paljuha won the trophy in Hearthstone. 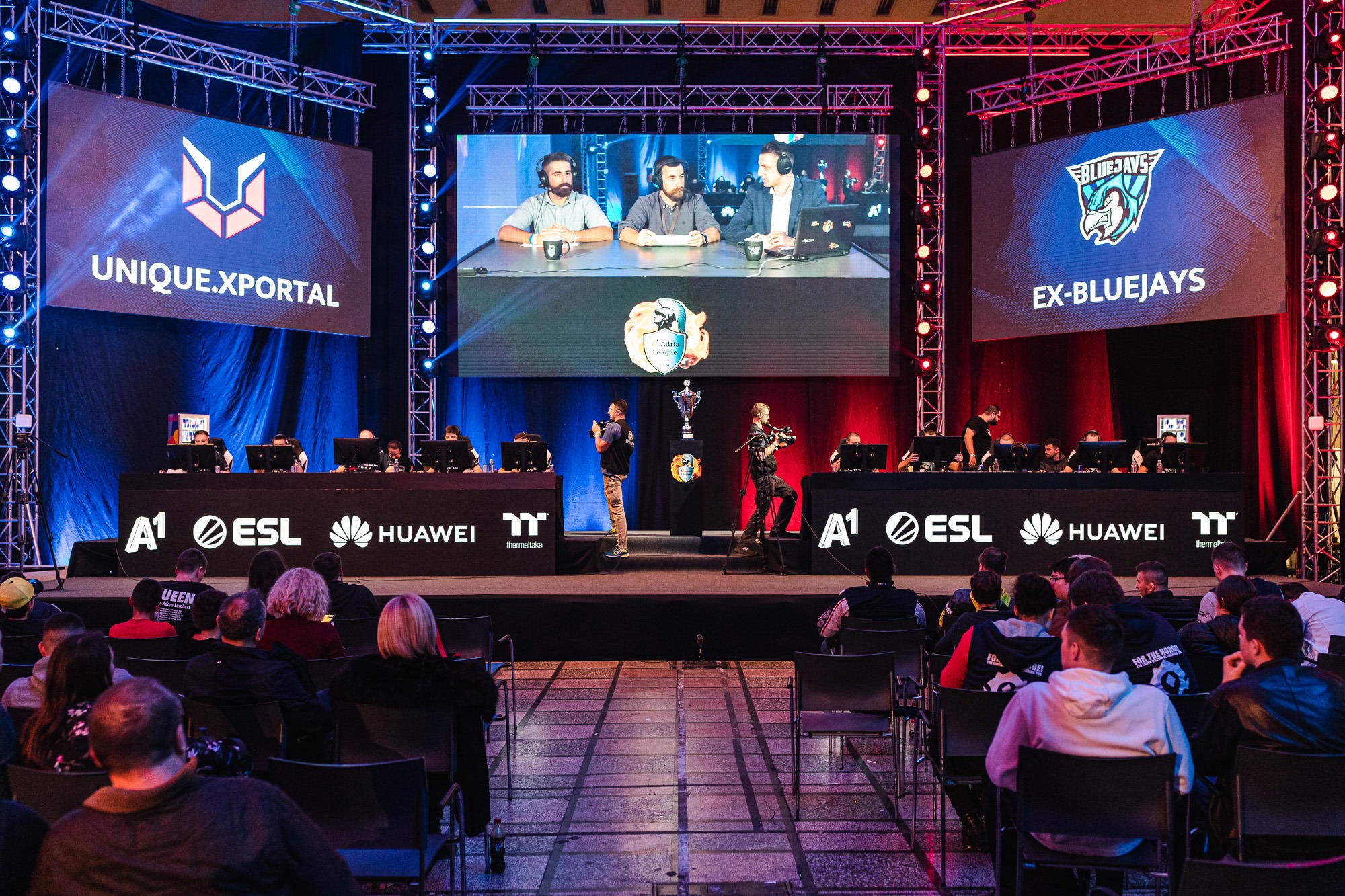 At the beginning of 2022 the COVID-19 pandemic started. Now it seems like it was a lifetime ago. FIFA 20 was introduced back to the League replacing Dota 2 and Brawl Stars jumped in instead of Hearthstone. The pandemic also meant we had to switch from LAN events to online events. The finals of the A1 Adria League were played during the Reboot Online Games Week ever since. In 2020 some interesting storylines took off. lvlUp proved to be the best CS:GO team in the region that year by winning both seasons. Crushers won Season 5 in Clash Royale, while Joza Esports won Season 6. Good Game dominated in Brawl Stars by securing second place in the spring season and then having both teams in the finals of Season 6. One of the biggest rivalries in the A1 Adria League kicked off that year with esad1memic winning the first FIFA trophy of the year and amke claiming the second one.

The return of the League of Legends

Since there was no more LAN finals at the end of the year for Season 7 and Season 8 the prize pool was redistributed so both seasons are worth the same. League of Legends came back to the League while Clash Royale took a break. While we had various winners in all the games: ONYX & PORTUGAL in CS:GO, Split Raiders & METAMOON in League of Legends, Noble Elite BLK & Flow in Brawl Stars, amke continued his streak and won both seasons in FIFA. Making it a three in a row for the first time in any game in the history of the League. Again, all the finals were played during the Reboot Online Games Week. The pandemic was still bringing havoc and it wasn’t possible to organize the LAN finals.

Where are we now?

Season 9 finished several months ago. Again, during the Reboot Online Games Week. This year seven different games were introduced to the League. CS:GO, FIFA, and Brawl Stars remained in their format, while four remaining games were played in qualifiers and playoffs format. BLUEJAYS claimed another CS:GO trophy. Salada de Frutas dominated in Clash Royale and went on to win second place at the Clash of Leagues in Salzburg. Amke made it four in a row in FIFA. DZANGLERI won the League of Legends tournament, Entropiq was the best PUBG Battlegrounds team. Balkan Stars beat Diamant Esports to claim the first ever A1 Adria League trophy in VALORANT.