Salada de Frudas showed everyone that they are back and won the second Brawl Stars qualifier of this A1 Adria League season!

The teams that won the first points showed that their great performances weren’t a one-time thing. Omert4 outplayed and eliminated Winx Club, their opponents in the previous final, in the third round of this qualifier. Lightning Strike and Immortal Balkans faced off a round later, and in the end, Lightning Strike came out as the winners. There were also new names between the top teams. Namely, Mayoi EU defeated teams such as Uchiha Klan and Omerta Blue in the earlier rounds of the qualifier, while Reborn Legends Esports faced IamGang and Night Alpha. These two teams faced against each other in the quarterfinals and Mayoi came out as the winners.

Back in the upper half of the bracket, DzonDzon and Salada de Frudas also had a great run. They beat Dominjo carry, kowey., and in the quarterfinals, they managed to eliminate last qualifier’s winners, Omert4. Salada de Frutas reached the finals over Lightning Strike, and there, the final BO5 match of this playday saw Salada de Frutas overpower their opponents, Mayoi, with ease.

Check out the current Brawl Stars rankings below and make sure to SIGN UP for our upcoming Brawl Stars qualifiers. 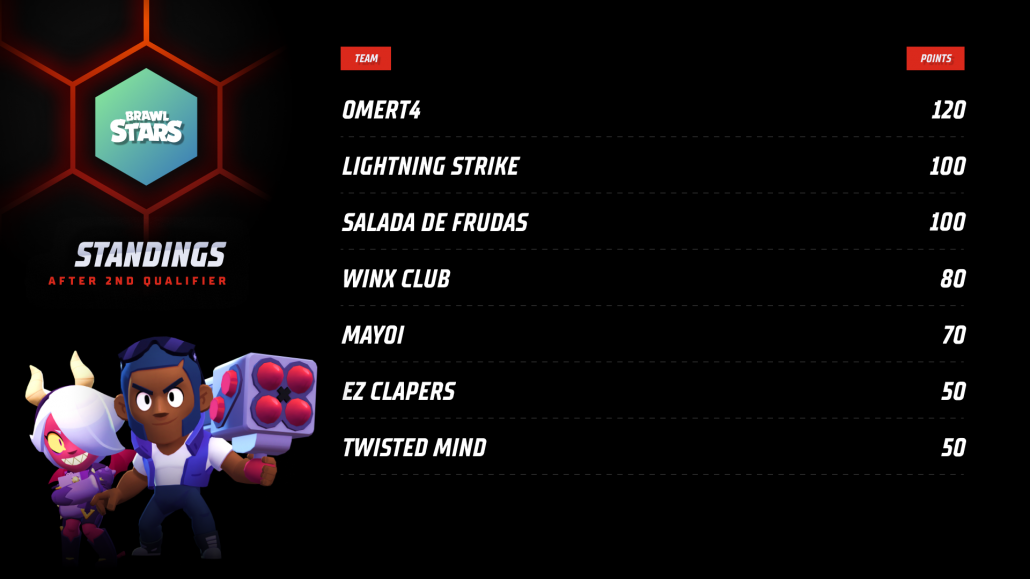