After announcing most of the Reboot Online Games Week segments, it is time to reveal more details about the last event – IGRAJ.

You will get the chance to watch IGRAJ on two occasions. The first one will be today, starting at 15 o’clock. Lavvek and Inder45 will once again be here to play with you, our fellow Brawl Stars players. Across the two hours that this IGRAJ segment is set to last, Inder and Lavvek will compete with you and against you. We will watch a couple of great matches, you will try to beat these two veterans, and everyone is going to have plenty of fun.

As we mentioned a couple of times in our previous articles, FIFA will be played out during two days – Thursday and Friday. Well, before the first playday begins, some FIFA showmatches will take place. And it is not just regular FIFA, we are talking about FIFA Pro Clubs. A total of four teams will participate in the event, and additional money will be donated for Kiara Goršić. There will be three professional teams from the region as well as a fourth team, consisting of FIFA players and talent from the eighth A1 Adria League season. We will be expecting you, FIFA and Brawl Stars enthusiasts. Tune in on Wednesday at 15 o’clock as well as Thursday at 17h. 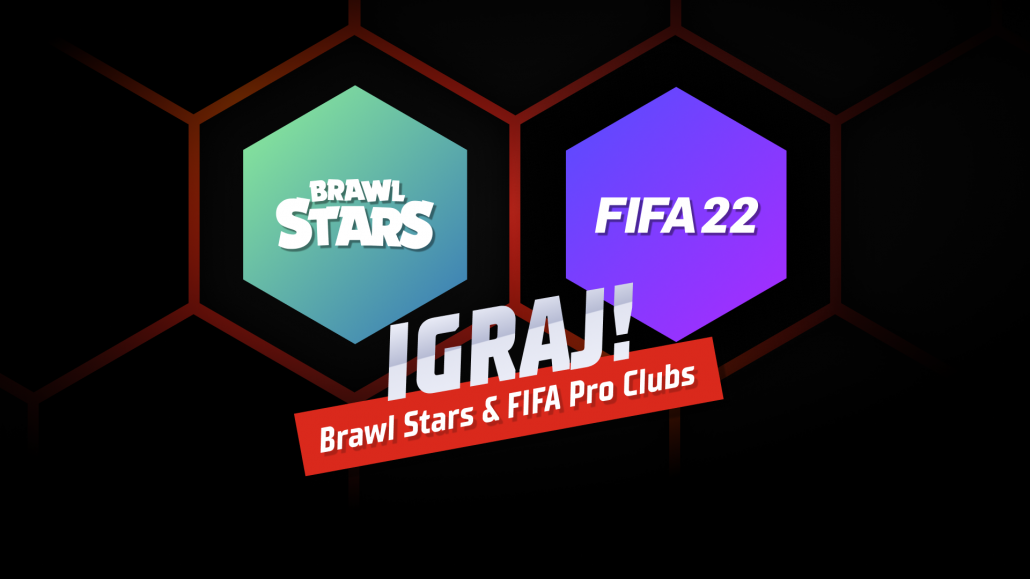 Everything you need to know about the Esports studio of the Reboot Online Games Week five-day long event can be found below!

We already revealed some of the segments and more information about the rest will be revealed soon. Reboot Online Games Week will last for five days and will have content across three topics from the gaming industry: Core Gaming, Games Industry, and Esports. As you could probably guess, A1 Adria League’s final stage will be a part of the Esports event, but the playoffs won’t be the only thing you will get to watch in the exciting week ahead of us.

Every day, the event will begin with a different segment related to esports in one way or another. Namely, the viewers will have the chance to play with the players in the IGRAJ segment, we will hear the stories of Esad “esad1memic”and Mladen “juricM” Jurić, and we will also follow a couple of entertaining streams by Vojislav “SupremeNexus” Perić and Safet “giGOD” Čurić. There will be a humanitarian event (more information to be revealed soon) and four panels we mentioned in one of our recent posts. Concerning the actual League, Brawl Stars is set to be played on Wednesday, while Thursday and Friday will be dedicated to FIFA. The double-elimination LoL bracket will culminate on Saturday and finally, CS:GO will close out the event at the end of the week. The full schedule can be seen below: 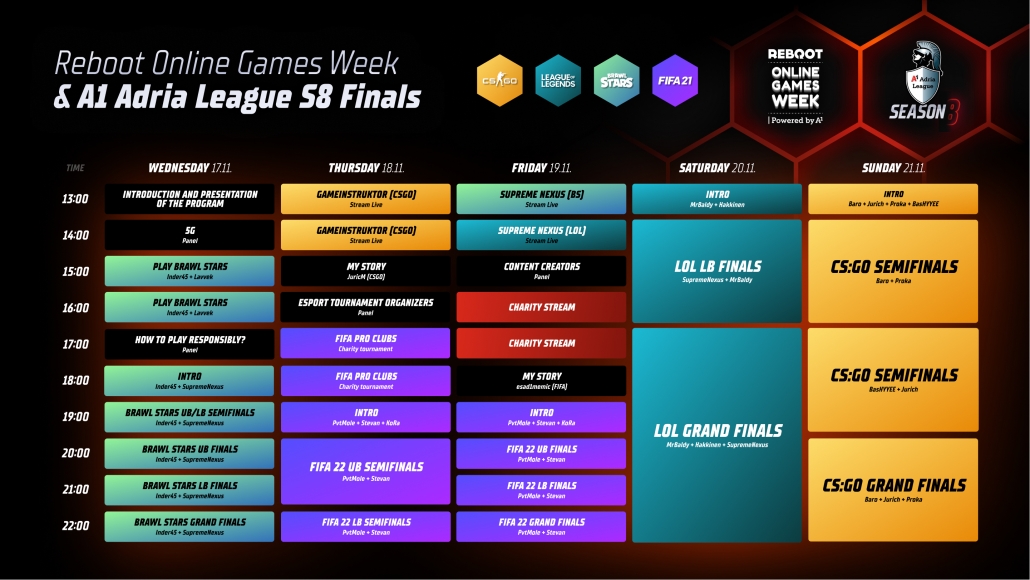 As we mentioned earlier, Reboot Online Games Week will be filled with amazing content non-stop, and that certainly means that a good portion of the event will be dedicated to live streams!

Nenad “Bakistuta“ Filipović is one of the most entertaining streamers in the region. On Thursday, from 15:00 until 17 o’clock, Bakistuta will be a part of Reboot Online Games Week doing what he always does best – live streaming and having fun while popping some heads in CS:GO! During the recent months, he has seen an enormous surge of new fans and followers who are regularly following his live streams and cheering him on. As usual, he will stream some CS:GO for everyone watching, and you will catch him just before the start of the FIFA finals!

You cannot skip GALLASANDALLA when talking about the biggest Fortnite YouTubers in the region. His 168.000 subscribers and plenty of non-subscribed followers regularly watch his videos and have fun together with GALLASANDALLA on Battle Royale Island. This Friday, starting at 15 o’clock, the YouTuber will showcase his amazing Fortnite skills once again, this time on the A1 Adria League streaming channels (YouTube, Twitch).

A bit of a different stream, but still a stream nonetheless, Inder45 and Lavvek will be playing games with or against you – our followers, on Wednesday. Just like during the last Reboot Online Games Week, you will have to chance to play a match or two with these prominent names in the regional Brawl Stars scene and prepare yourselves for the action that awaits you at 19 o’clock, when the Brawl Stars finals are set to begin. 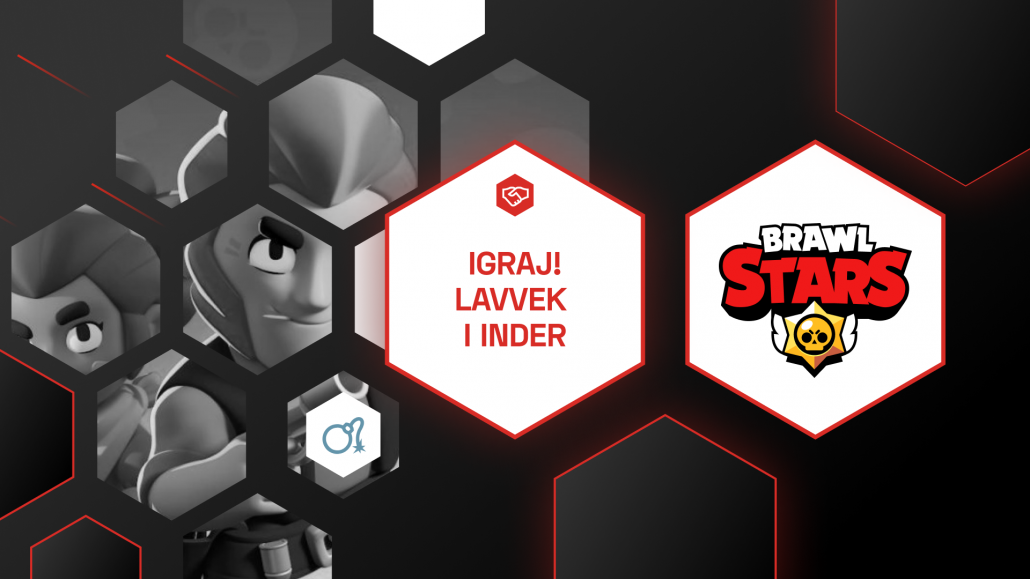