FIFA22 championship this year in A1 Adria League was as intense as ever. In the group stage, it seemed as though the king of FIFA Tarik Novo won’t be able to secure the playoff. But he did it in the last round, and in the playoffs dominated everyone in his path, winning his fourth consecutive title.

Whoever comes to challenge Novo in A1 Adria League goes home empty-handed. History repeated itself this season, as we have seen Tarik Novo win the title once again. Even though the Bosnian struggled throughout the group stage, he showed impeccable performance in the playoffs.

In the semifinals, Tarik was against the rookie player Mrky, while Esad had to defeat brstimir. The winners of the semifinals were Novo and brstimir who went on to fight in the upper bracket final, while Esad and Mrky fell down to the lower bracket. Novo had no problem defeating the Serbian player, and he did it with a 2:0 score. This led Novo to the grand finals where he waited for his opponent.

The biggest surprise of the season Mrky had now reached the grand final and was about to go head to head with the three-time champion Novo. The matches were Bo5 and it was as intense as ever. Both players gave their best and never wavered. The final went to game 5, and in the end, the Bosnian player was just too good to be defeated. He justified the role of favorite, defended the title once again, and took his fourth in a row in the A1 Adria League. 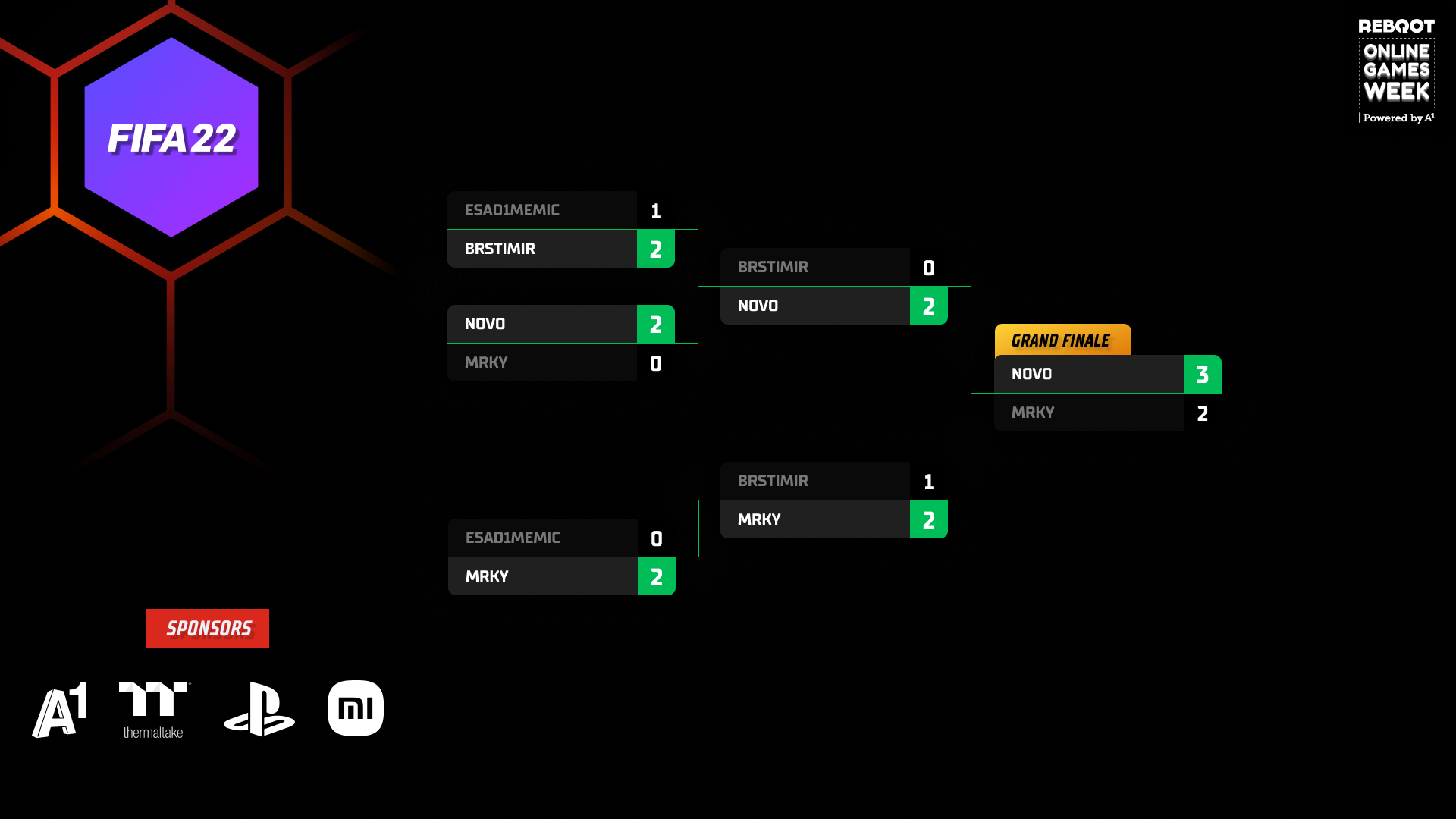