Saturday and the first day of Reboot Games Weekend brought us not only a FIFA23 champion but also the best Brawl Stars team in the region. After two seasons, Salada de Frutas has been dethroned and the new and talented players from OMERT4 are the new kings. OMERT4 won the finals after a dominant performance throughout the whole tournament.

A well-deserved win for OMERT4

Unlike the sportsmanship we saw between brstimir and Gruby in Saturday’s FIFA final, the Brawl Stars finale was full of sparks and tension. The famous three-man team Salada de Frutas and Andrey, DzonDzon, and Lavvek didn’t manage to defend the title this season. Previously they had won two consecutive titles in A1 Adria League. Instead, a young and talented OMERT4 took their well-deserved win in the Brawl Stars competition. Protic, Decai, and Bogdan were amazing on the stage and it could be seen on their faces how much winning the championship would mean to them. 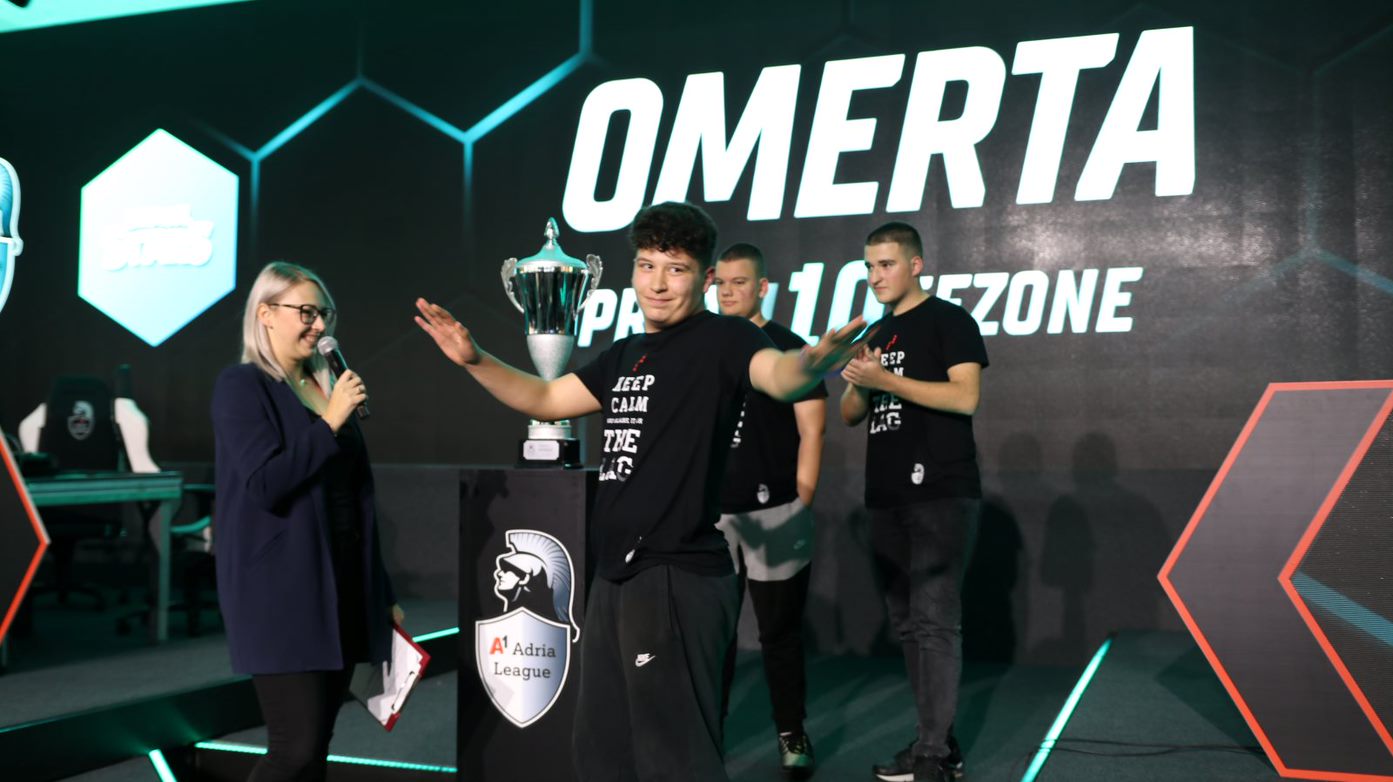 Since the start of the tenth A1 Adria League season in Brawl Stars, OMERT4 showed dominant performance. They finished the group stage in first place with an overall of 290 points. In the playoffs, they eliminated GreekGod, and third-placed Jazavci.

Before the finals, the two teams met in the playoffs, and Salada came out victorious in that duel. OMERT4 however took their revenge and with a 3:1 score took the trophy and the right to call themselves the best Brawl Stars team in the region. How dominant the performance from OMERT4 was shown in the fact that they didn’t lose a single set in the finals. Salada de Frutas, as they came from the upper bracket, got an automatic win before the start, and that’s the only win they got that day. Everyone was amazed, from casters to the audience, how OMERT4 could easily outplay Salada. And we could see the disappointment, anger, and anxiety in the members of Salada as they were closer and closer to losing the competition. Eventually, it happened and OMERT4 took home a 900€ prize.