The first matches of the CS:GO group stage in the A1 Adria League are over. We have seen the best eight teams take on each other. Even though it’s still the first round, every win counts, and it is better to get those leads early in the stages, seeing the competition is fierce this year. BLUEJAYS were one of the teams that showed their dominance right at the start of the competition.

Different starts for 4glory and BLUEJAYS

The first matches of the group stage were really intense, and after just one playday we have seen some surprises. All matches were Bo1 today so there was no place for mistakes that could easily be punished.

The first match of the day between the invited team BLUEJAYS and the qualified ghoulsW was played off-stream. Both teams had a chance to show their skill on Inferno, but as was expected the Macedonian squad came out victorious. It was a clear stomp for BLUEJAYS who ended up the match with a 16:2 score for which they needed only 25 minutes. BJ means business and they showed it already in the first match of the group stage. This squad is a familiar name in the region and A1AL. They have been playing in the league for many seasons now and are at the moment number 47 on the HLTV ranking of best CS:GO teams.

The second match went into the hands of Zero Tenacity who managed to defeat Strive in chaos, now Monad eSport. The map was once again Inferno and Z10 bested their opponents with a 16:9 score. Monad signed the defeated roster of this matchup and they are now playing under their name. Great things are expected from this team, and they will have more chances to show that.

The biggest surprise of the day happened in the match between the second invited team of the season 4glory, and the qualified XTEAM. The Serbian squad as the first seed took on XTEAM which was an eighth-seeded team. It was XTEAM who managed to defeat 4glory, and it was an easy win for them. Even though the score on Vertigo was 16:11 the skill they showed deserved an even better score. As the match was coming to an end 4glory woke up, but it still wasn’t enough.

The last match saw the favorite come on top. It was Blink who defeated Oto100 with a 16:7 score on Mirage. Blink was one of the first teams that secured their spot in the group stage of the ninth season, and they are showing it.

The next matches will be played on May 11th, and seeing how today went, from here on out we can only expect even fiercer battles. 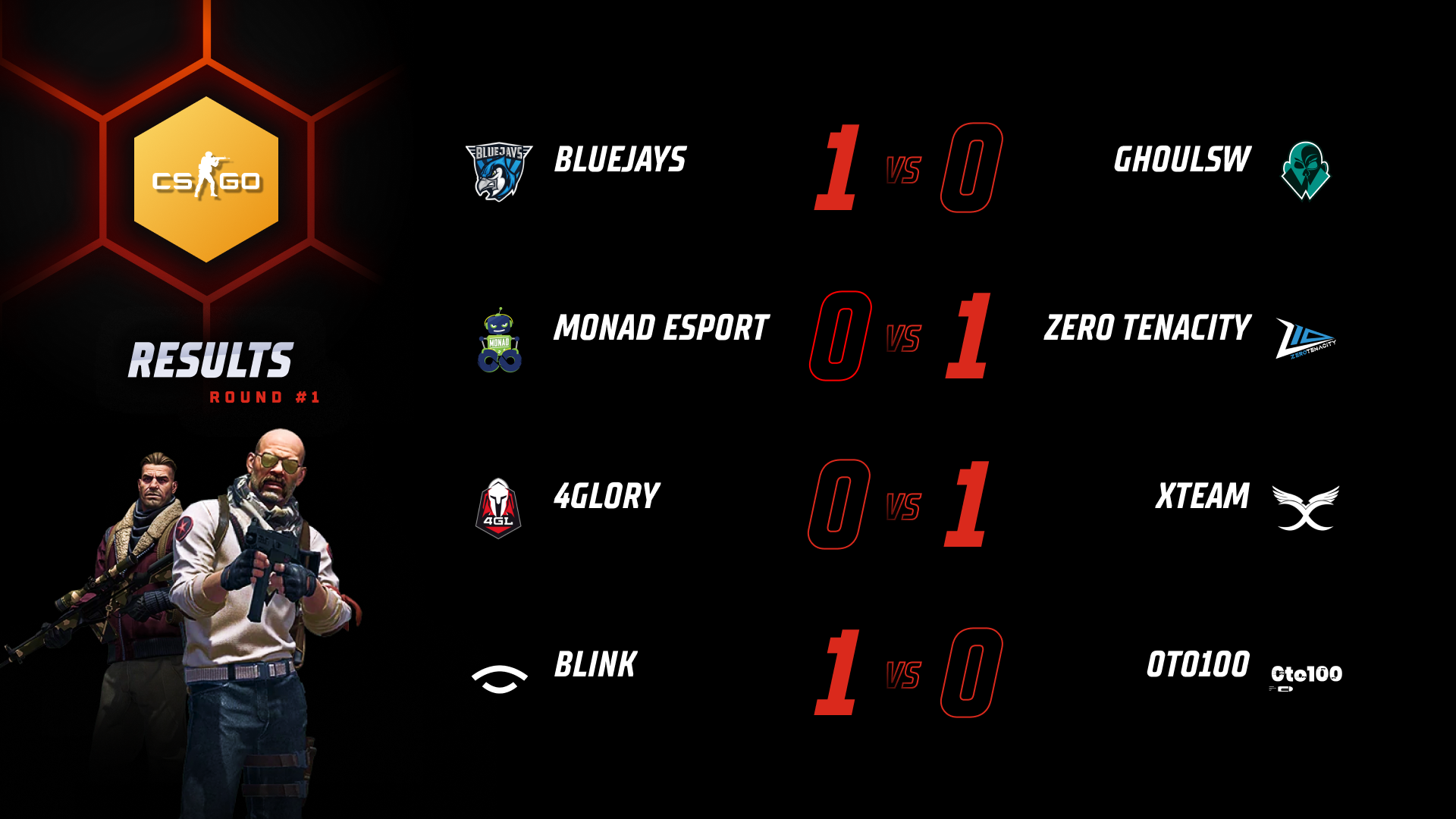