Once again the tournament in League of Legends appeared in the A1 Adria League. After a very exciting qualifier, four teams took their spot in the playoffs. The League of Legends playoffs were played last week and we got the champion for the tenth A1AL in the most popular MOBA game. Stara Garda was the best team in the competition and took the title.

The four top teams in this season League of Legends competition were HARMONY, Fantastic eSports, Whatever Esports, and the new champions. The bracket brought us two semifinals where we saw Stara Garda compete against team Whatever Esports, while HARMONY took on the Fantastic team. 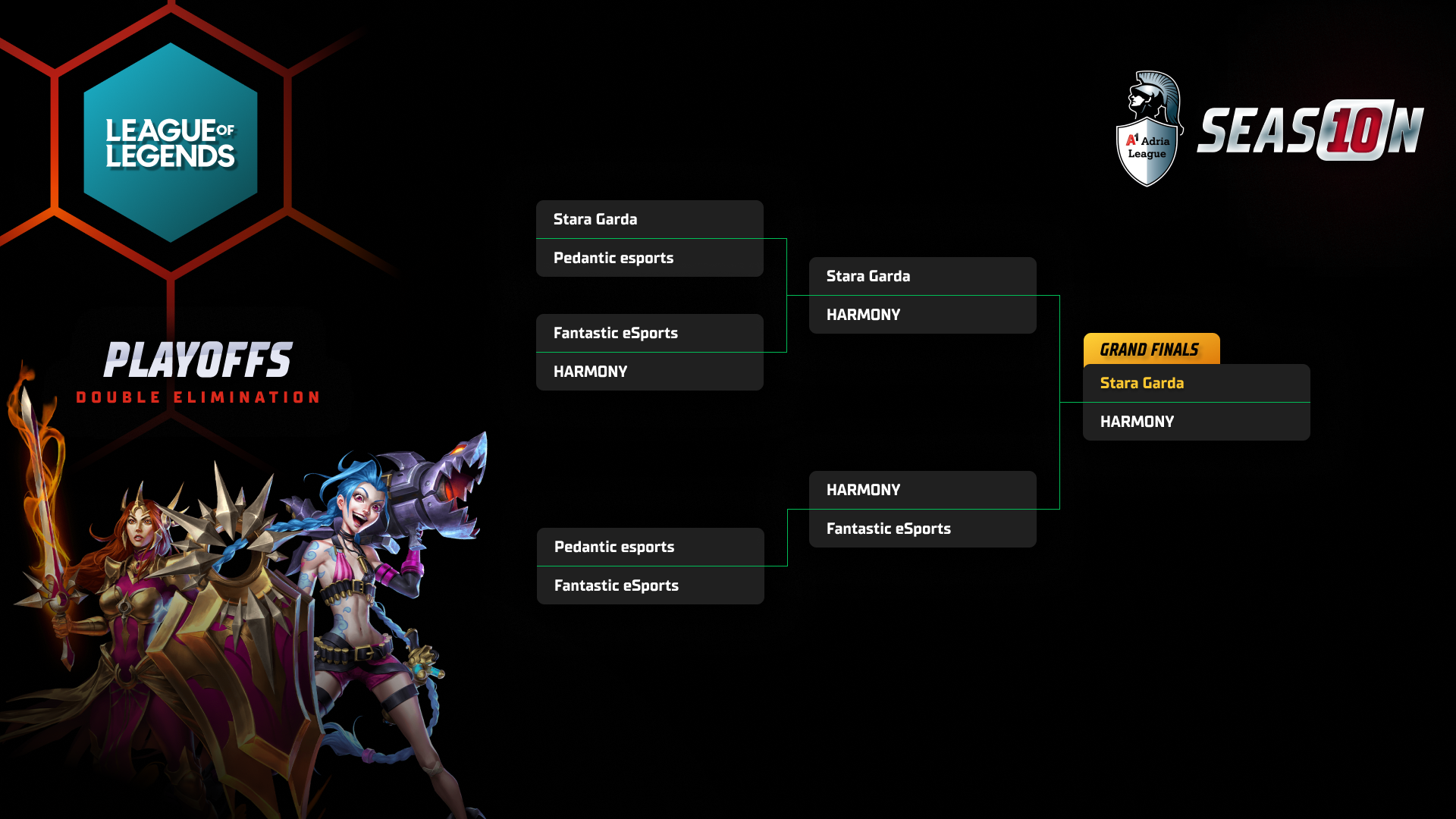 As expected, the teams that advanced to the upper bracket’s finals were Stara Garda and HARMONY. The latter we know very well in A1AL as they also made it to the grand finals in our eighth season. However, Garda took down their opponents with a 2:0 win and sent HARMONY to the lower bracket. There HARMONY waited for either Whatever or Fantastic Esports. HARMONY came out victorious in the lower bracket’s final and went on to face Garda again. This time there was no time for mistakes as the prize was waiting.

The scenery was the same. Stara Garda demolished HARMONY once again with the same score of 2:0. This team actually didn’t lose a single game in the playoffs, which showed how dominant their performance was. The roster made out of Coatpustmain, Velja, MarrowOoze, Lelouch, and Shone took home the title and the 700€ prize.