The four of the best teams in the League of Legends qualifier will compete on Saturday, 16th of April for the prize pool of 1000€! Harmony, GINYU FORCE, DZANGLERI, and Reroot Gaming are the teams we will watch as they battle it out on the Summoner’s Rift for the trophy!

Harmony had a convincing showing in the qualifier. The last year’s finalists managed to secure their spot in the playoffs with a 2:0 win over Prolom Voda. GINYJU FORCE bested Cloud Leopards in the same fashion for a spot in the top 4. DZANGLERI outplayed paraolimpijci while Reroot Gaming and Seraphine t3 subs had to play all three matches to decide which team is going to advance. In the end, it was the Reroot Gaming squad that came on top.

The playoffs will be played in the double-elimination format. Semifinals matches will be Best-of-1, while all of the remaining matches, including the grand finals, will be Best-of-3 series. 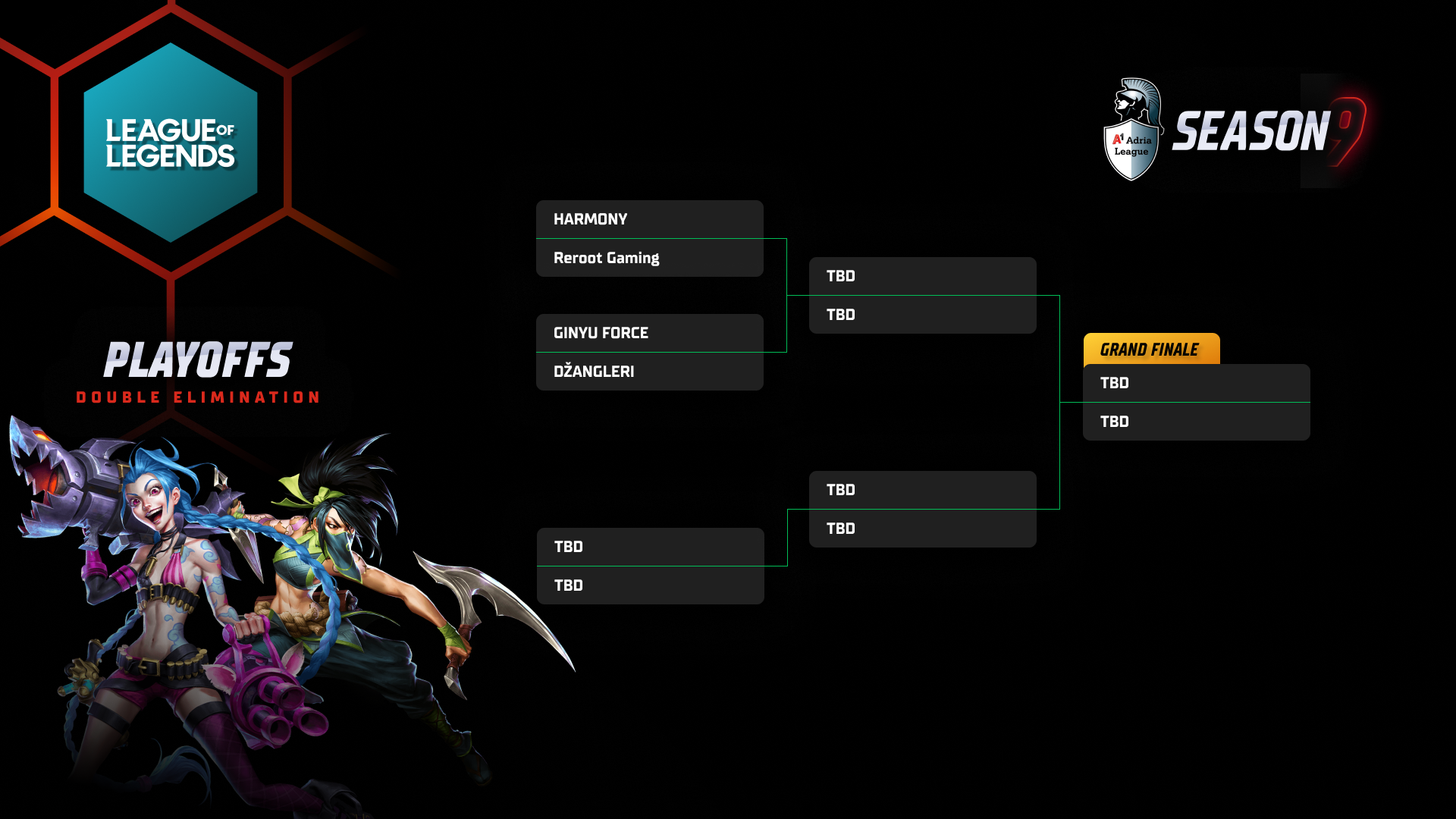 League of Legends playoffs of the ninth season of the A1 Adria League will be streamed on YouTube, Twitch.tv, and Trovo.  Well-known voices of SupremeNexus and Hakkinen will be bringing you all the action as we find out who will become the champion!