With this third FIFA qualifier coming to an end, only two more separate us from the beginning of this season’s SWISS stage.

Esad “esad1memic” Memić began the long road towards the grand finals in the Round of 16 where he bested freezing gambler. His next opponent, Leon “Sardinho213” Šardi was in great shape after defeating Aleksandar “Zli Duh” Blaževski, but esad1memic had no trouble in defeating the Slovenian player. Next up, Esad faced a new name with the nickname lala13_13. lala13_13 won matches versus Stefan “StojanovFIFA” Stojanov and Luka Bukal before the semifinals and he had good chances against the Bosnian veteran. However, Esad didn’t let his opponent upset him and easily secured his spot in the finals.

Tarik “amke2001” Novo, our back-to-back FIFA champion, was the most successful player in the upper half of today’s bracket. His FIFA squad defeated various opponents throughout the bracket, including Hrvoje “HRVoje-1995” Čleković and Emir “Sulja” Suljović. His semifinal opponent was Harun “Hara” Parla, who had the same amount of points as amke2001 before the conclusion of this qualifier. Aydin_kmetas, Vukovarac999 and TopBoyFifa were eliminated by Hara today, but his streak came to an end after suffering a 0-2 defeat to amke.

Despite being one of the best players in the region, amke2001 and esad1memic didn’t manage to earn the main prize in our previous two qualifiers. This time, one of them finally had the chance to finish on top, and amke2001 made sure to do everything in his power to become that player. The third place this week went to lala13_13, while Hara finished in fourth.

Make sure to visit THIS link to sign up for the upcoming qualifiers, and if you want to see who is currently on top of the leaderboard, scroll down just a bit: 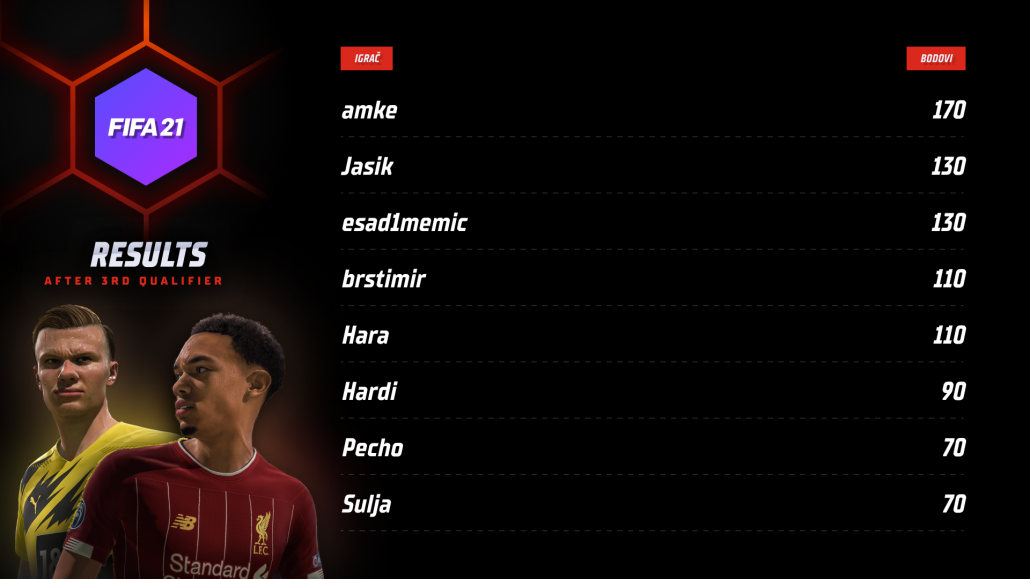 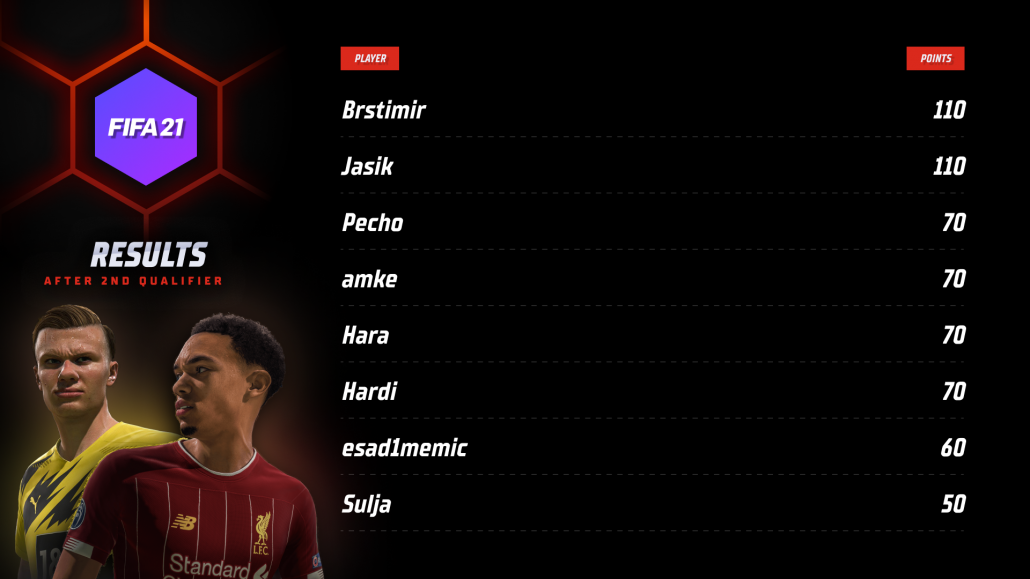