Did you REALLY think that we’re heading on a break until the 6th season? Well, think twice then!

We are pleased to announce the A1 Gaming Weekend series that will take place during three dates in July, featuring three gaming titles that weren’t featured in the previous iterations of A1 Adria League – Rainbow 6 Siege, Rocket League and Pro Evolution Soccer!

First on our list comes Rainbow Six Siege, Ubisoft’s tactical FPS game that experienced a notable esports growth in the past year, not just globally but in Adria region as well. Regional communities like R6Adria have done a great job of developing this scene, and we hope that our tournament will further improve the quality and motivate players to improve even more.

The tournament will be played on the FACEIT platform which is ideal for cups of this type. The first 32 teams to sign up for the tournament will be able to compete for a chance to win their share of the 650€ prize pool. This one-day Siege cup will feature a single-elimination BO1 format, while the finals and the third-place decider match will be played as BO3 series.

The prize pool will be split as follows: 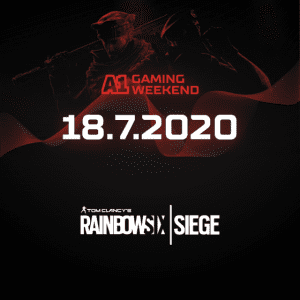 You can join the tournament via the following LINK. We wish the best of luck to all teams, and we hope to see some great Siege from all of you!