In the second week of the A1 Adria League S6 qualifiers, we got three new CS:GO teams as well as the one Clash Royale side that finished the open qualifier in the first place. The Brawl Stars and FIFA players continued collecting points and we are slowly nearing the first FIFA playoffs event.

We saw a rematch of last week’s duel between Good Game Red and Good Game Gold, but this time it happened in the Round of 32. The Gold squad managed to win the match this time and advance all the way to the Grand Finals of the qualifier. Familiar names such as Easy Win, FA Deadly, and Code Lyoko were able to proceed to the quarterfinals after a great showing in the Round of 16. Electronic Rats bested YouLose and O9 Gang rounded up the best eight teams after a victory versus Team Hustle.

SBLightning’s Code Lyoko continued with the impressive performance they showed in the first qualifier. A win against Electronic Rats sent them into the first semifinal. Easy Win joined Code Lyoko after outplaying Team Unique, while on the other side of the quarters, FA Deadly and GG Gold bested O9 Gang and On-Fire, respectively.

Code Lyoko and GG Gold dominated the competition and secured a duel in the final match of the second qualifier. Andreybs’ squad took the first place on the leaderboard after a one-sided win against Code Lyoko, while the latter currently occupy the second place. 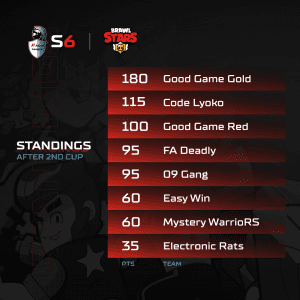 After the only Clash Royale qualifier was delayed because of problems with the game, we continued with the event in Friday. Intense games and great plays led to the finals in which we saw Team KFC came out as the best team. Kully miss, Sharky SG, stormy doom, and xXMasterXx will be joining the five invited teams in the upcoming double round-robin Group Stage – Good Luck!

brstimir seems more focused than ever in winning this season of A1 Adria League. His form in the first two qualifiers is fantastic and we are looking forward to seeing more from him in the upcoming weeks. Erminjamak wasn’t able to stand up to the Serbian player in the quarterfinals, while mickey_rrrox beat Luka in the same side of the bracket. amke2001 had a great showing against Nidjo and esad1memic won the derby versus arminho0307.

We had two national duels in the semifinals. The Serbian players, brstimir, and mickey_rrrox clashed in the first semi, while amke and esad1memic fought for a spot in the final match in the second semi. amke2001 upset last season’s champion while brstimir breezed to the finals against mickey without much trouble. esad1memic finished third and brstimir once again took the first place and now stands tall with 200 points behind his name. 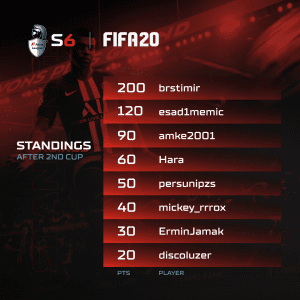 No open qualifiers were played this week. The eight best teams from the first duo of qualifiers met each other in the single-elimination playoffs. The Croatian majority mix, Krsko, managed to eliminate the former QSKE Gaming squad in the quarterfinals of the tournament. MiKS bested BUDI2 in the second match while Shock Bomb were better than peek me. FREE KILL couldn’t stand up to the Macedonian squad led by Kristijan “kiLLeRa” Kukovski.

Krsko and GODZ1337 secured their spots in the League with two convincing victories in the semifinals. Shock Bomb and MiKS were left to battle it out in the third-place decider. The Kosovar mix didn’t stand a chance versus Luka “c0llins” Živanović and Shock Bomb and we will have the chance to watch this talented squad compete once again in the sixth season of the League.