The first season of Brawl Stars comes to a close with an intense final in which Alpha Elite bested Good Game and was crowned the champions of the tournament.

Alpha Elite started the playoffs strong with two 3-0 victories against So Bad and Easy Win. They faced Good Game in the upper-bracket semifinals, but Lavvek’s squad managed to take them down and send them in the lower-bracket. Meanwhile, after three wins versus ULC eSports, FA Deadly, and the aforementioned Alpha Elite, Good Game earned a spot in the upper final.

Easy Win breezed past So Bad in the third Losers round, and they were matched versus Alpha Elite for a chance in the upper final. ToDe and his team didn’t have any trouble and returned to the upper-bracket where they beat Good Game, before beating them again 3-2 in the Grand Final of the tournament.

We are happy with how this first season of Brawl Stars turned out. The sheer number of teams and spectators who either tuned in to watch or played the qualifiers were amazing and we are looking forward to seeing the best Brawlers back in action in the 6th season of A1 Adria League! 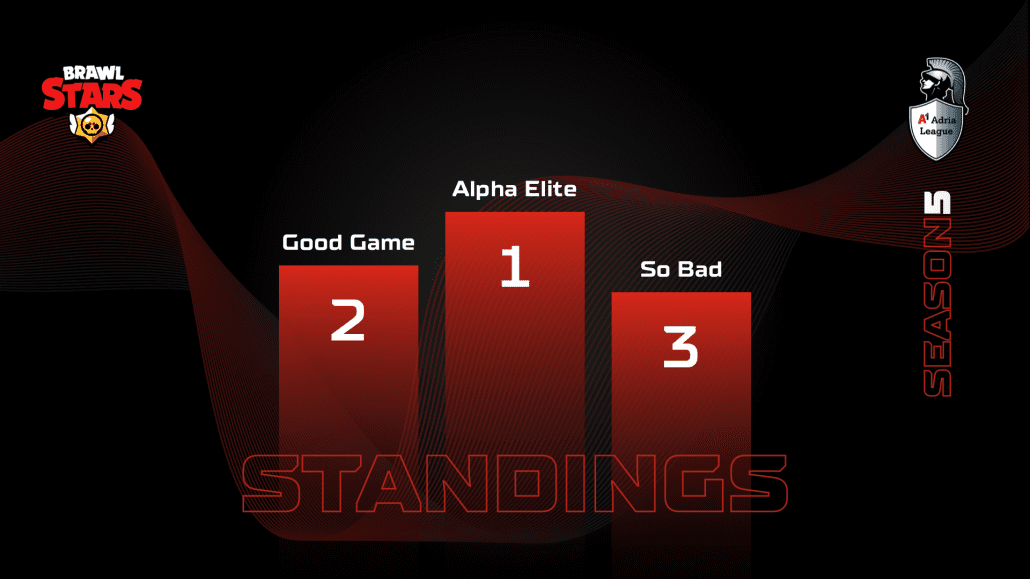 There were some minor problems during the playoffs with the nicknames of two of the Free Agents’ players who had offensive nicknames that needed to be changed before the playoffs. The players said they themselves didn’t understand what was wrong with their nicknames even though both their usernames contain words that are commonly used to offend people in one way or another in the regional community. After the admin team talked to the team captain to find a solution, they agreed that the players would play the playoffs on their secondary accounts. A1 Adria League has zero-tolerance towards hateful language and we strongly advise the players to carefully choose their nicknames when playing our (or any) League, because failing to do so may hurt them and even the League as a whole in the long run.